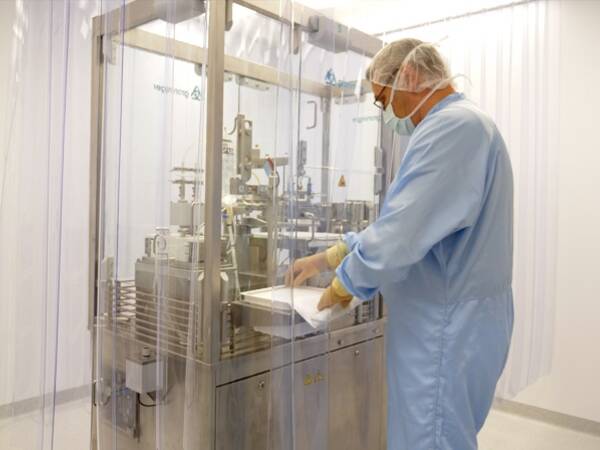 In 2016, the Isala Hospital in Zwolle started using an automatic syringe filling machine. As the first in Europe, their hospital pharmacy used this machine to centrally and mechanically prepare medicine in sterilized syringes. The Catharina Hospital in Eindhoven now followed after example and has also moved towards using this innovative, self-filled ready-to-use syringes. The project would be finished at the start of 2021, but due to the corona-crisis there was a necessity to start using the machine as fast as possible.

More accurate and efficient
By switching to self-filled ready-to-use syringes, the nursing staff can not only administer medicine more accurately but also more efficiently. This is safer and saves time. Time that the hospital, in the by corona heavily affected Brabant, could definitely need to have as many people as possible helping at the hospital beds. Besides that, because of the corona crisis there was a shortage of ampoules and vials with medicines. Now they prepare the medicine themselves. That saves materials and makes the hospital completely self-sufficient.

Switching fast due to corona crisis
In 2016, Hitma was involved with the Isala-project. The hospital chose for the filling of the ready-to-use syringes for a complete single use system and got into contact with us. The Catarina Hospital worked together with Isala for their project, therefore we also got approached by them for the syringe filling machine of this hospital. The execution of this project was set for early 2021, but because of the covid-19 outbreak this became a higher priority. That meant we had to quickly switch.

Luckily we already had experience with the Isala Hospital. Another huge benefit was the direct cooperation with our assemblage partner and sister organisation, UltraPure International (UPI). They quickly picked up assembling the needed single-use systems.

Cooperation with UltraPure International
The lines between Hitma and UPI are short. We belong to the same parent company (Indutrade) and the Hitma office and the cleanroom of UPI are next to each other on the same terrain in Uithoorn. This is ideal when single-use assemblies are quickly needed. In the UPI assemlagefacility, single-use solutions are being tested and assemblies are composed under ISO class 7 cleanroom circumstances. Due to the emergency situation that was caused by the corona pandemic, UltraPure International executed the project for the Catharina Hospital in an extremely short time.

Because the Catharina Hospital acted quickly and cooperated intensively with all involved parties, they were able to use the ready-to-use syringes during the first wave of the corona crisis. Hospital pharmacy Ralph van Wezel talks about this in FMT Gezondheidszorg, saying: “Because they’re mechanically filled, the chance of mistakes during the mixing is null. That’s an enormous benefit. Definitely during a crisis situation with a ton of stress and pressure.

Why single use technology?
The choice for single use technology for usage with the automatic syringe filling machine offers multiple benefits regarding cost reduction and efficiency. By using single use systems, pharmacy employees can quickly switch between production batches of different liquid medicines and adapt to a changing demand.

Single use technology also simplifies the process. After every batch, the disposable process parts are replaced. A new plug and play assembly can be used directly afterwards, without the need to clean and validate everything.

More than a year after the start of the COVID-19 pandemic, the production of vaccines is fully in motion. The speed and large quantities ...
Lees meer

Developing vaccines; choose single-use at the start for all phases of the process

With the world on the hunt for a coronavirus vaccine, now is the ideal time for me to write a blog about the rapid development of vaccine...
Lees meer